It is the largest of the Gar family and is native to North America where it can grow to over 100kg.

In its native environment the alligator gar prefers slack, sluggish and swampy waters so they are well suited to the environment in the many Thailand fishing lakes which have stocked this popular tropical game fish. 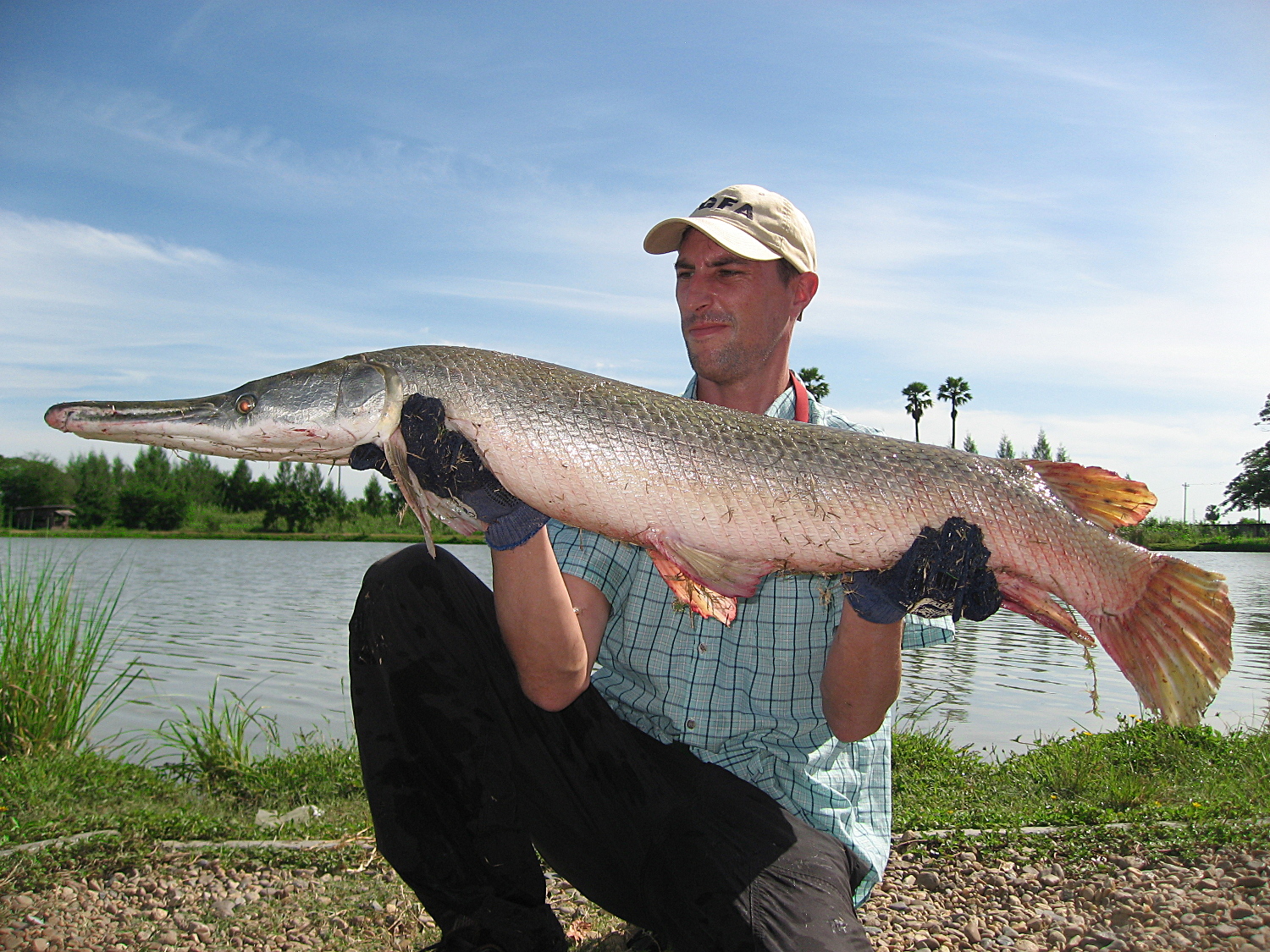 The Alligator Gar (Atractosteus spatula), gets its English name from the Alligator like teeth, snout and head shape. The large interlocking scales also add to its reptilian appearance. Often Brown to silver and Olive in colour with a light cream to white ventral surface. This species of gar fish can grow to 3m (9.84lb) in length and attain weights of over 100kg (220lb). Introduced in Thailand to lakes and fishing parks by sport fishermen and people who found their pets quickly out grew their fish tanks.

Alligator gar commonly named due to it's resemblance to an Alligator

The Alligator Gar can survive up to two hours above water using its swim bladder which also acts as a primitive lung allowing it to gulp air when oxygen levels in the water are low. It is the largest of the Gar family and is native to North America. It is a predatory fish, hunting by stealth preying on passing fish by ambushing them from its hideouts among reeds and weed beds or by pretending to be a floating log drifting on slack water then exploding into action with a snap and grabbing water fowl, small mammals and fish with its elongated mouth packed full of sharp jutting teeth. As yet there are no confirmed reports of breeding alligator gar pairs in Thailand's waters.

« Introduced
Arapaima (Arapaima gigas) »
CONTACT US NOW for pricing and booking information. We look forward to seeing you fishing in Thailand with us soon whether you are a match angler, species hunter or big fish specialist Join us at one of the many unique and amazing fishing parks, lakes, rivers, reservoirs and dams that are here in Thailand. There really is an unforgetable fishing in Thailand experience for all anglers at all levels from all backgrounds.